Buying a home with illegal structures: Avoid a Housing Nightmare

Every once in a while you hear a story that makes you stop and think twice. This is one of those stories.

Here at Building Masters Inspections, we’re determined to make sure that you have all the information you need to so that you don’t end up in the same situation as the unlucky individual in the following story.

Hao Dong was overjoyed when in 2016, he managed to place the winning bid for what he thought would be his dream home for many years to come. Complete with an “oversized garage plus workshop”, garden shed, and separate bungalow with lounge, kitchenette, and even a semi-ensuite.

Hao was blown away and couldn’t believe his “luck”. One of the main selling points being that the bungalow would be an exceptionally ideal space for his parents to live in the near future. However, unfortunately, the excitement of his purchase has recently crumbled since Mr Dong was unlucky enough to find out that despite feeling “blessed” snagging such an incredible deal on a home, he’s now been informed that the majority of the structures on his land were in fact, illegally built.

Can you imagine?! What a disastrous prospect. How could that even be possible, you might ask. Surely he would’ve had some inkling that the place wasn’t quite right before going all in and signing the papers. Well according to Hao, he purchased the property assuming everything was above board. As you would, right?

Despite this assumption, Mr Dong was informed by the council that some of the buildings were over 20 years old, unregistered, and consisting of historical issues – all problems of which now fall solely into the hands of Mr Dong who has been left to clean up the mess.

Hao was unsurprisingly shocked upon finding out about the news, since he naturally expected that if anything were to be an issue, like, I don’t know… Most of the buildings on the property having been erected illegally… then surely at least the real estate agent would’ve mentioned something, right? Well… no.

“I know I’m the current owner of the property, but the thing is I didn’t build these things.”

In Victoria, something called “caveat emptor” reigns supreme – which is just fancy Latin talk meaning “buyers beware”. Well that’s nice, isn’t it? All of which ultimately means that the real estate agent holds absolutely no responsibility for anything untoward with a purchase as the responsibility lies solely with the buyer. 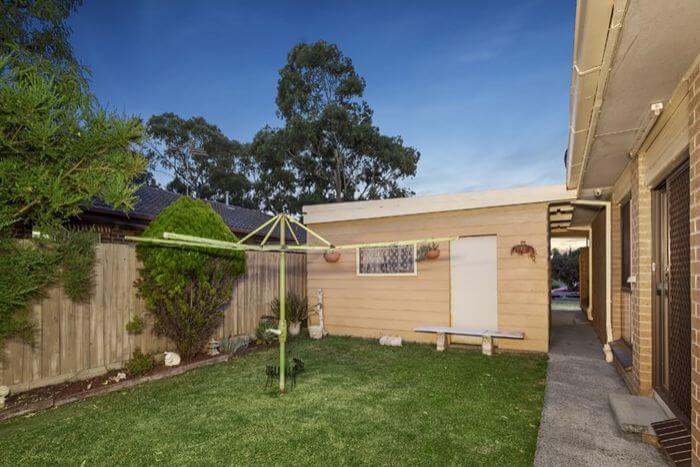 If there are indeed any issues with the property, the obligation lies with the buyer to uncover them. Essentially, it’s up to you to discover any issues with a property before deciding to buy it.
Poor Mr Dong has now been told that he has one of two choices to make: he can either apply for permits, or he can demolish the structures. Both options of which, you guessed it, will leave Mr Dong with a seriously eye-watering bill.

To have the building demolished would set him back a whopping $7,800.

To attain permits for the structures, Hao was quoted a depressing total of $8,500.

Basically, he’s found himself in an incredibly expensive, lose-lose situation.

So is this just an isolated event? One of those horror stories that happen to “other people”, but never to you? I’d love to say that was the case but unfortunately, that would be a lie.

Illegal structures are actually fairly common occurrences that are not at all easy to detect. Mr Dong had even hired a conveyancer who clearly had no idea of the issue at hand and the ensuing thousands that Mr Dong would be liable to spend on rectifying it.

What Mr Dong did NOT do, however, was have the property looked over by a house inspector. This meant that he neglected to do the one thing that could’ve saved him ever getting into this situation in the first place, and saving him close to $10,000.

People often get carried away when it comes to buying their dream homes. It’s hard not to let your excitement and emotions get the better of you. All rational thinking goes out the window when you can see your future laid out before your very eyes. Your future 1.5 children running around the house, your future sausage dog playing in the backyard, your partner cooking you scrumptious meals in your future dream kitchen. The last thing that’s probably on your mind is whether or not that shed out the back was unlawfully erected 25 years prior without a permit…

I don’t blame Mr Dong for ending up in the predicament that he’s in today, because it could have happened to just about anyone. However, it’s cases like this that highlight just how incredibly important it is to think about these potential possibilities in advance and prepare for the worst.

So if you want to avoid finding yourself in the same situation as Mr Dong, then getting yourself a building inspection report is going to be the absolute best thing you could do.

And I think I can probably speak for Mr Dong when I say that hiring a building inspector is always going to be in your best interests, could potentially save you countless hours of stress, and possibly even save you thousands of dollars in the long run. Don’t be like Mr Dong, save yourself the hassle and get a house inspection today.