Greetings all and welcome back for this month’s column

I was delayed leaving London so my column has well past its due date but I needed to stay longer to support Prime Minister Boris – BoJo – during his protracted battle for Brexit. I can’t run the risk of losing my seat in the House of Lairds and my newly bestowed title of Lord Constantine – LoCo. 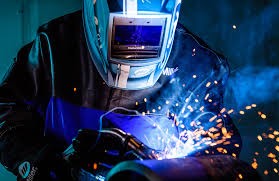 There are jokes abounding amongst the artistocratic lads in the House of Lairds about BoJo and Loco being welded at the elbow – metaphorically speaking of course. Not the Inspector Mike type of hot welding!!

I soared through the skies on the way back by courtesy of our fearless leader – Prime Minister MoSco on his eponymous jet – FlyMo – wondering what would await me upon my arrival home.

Would it be plaintive cries from my estranged brother George begging me to stop my DriveBy Building Surveyors speeding past their jobs because there are no defects at any of the UltraCon Constructions building sites – so he can get out of jail. 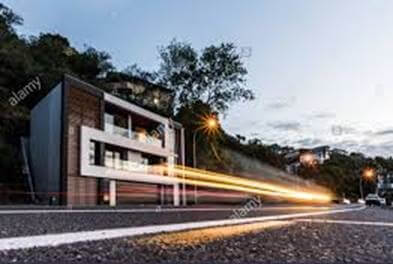 To refresh your memories – George and I did a deal whereby I wouldn’t be a dibber dobber and report him to the Taxation Office in return for him taking the demerit points and associated speeding fines incurred by my DriveBy Building Surveyors.

My Building Surveyors are given a list of properties each day to inspect (to keep MoSco’s Building Authorities away from my office) but as we never discuss building defects because they don’t exist at UltraCon Constructions – the Surveyors drive at great speed past the properties so they can finish the day early and take the Rent-A-Rustbuckets for a leisurely drive for High Tea at a favourite destination.

I thought I may also return to an endless list of tasks in my newly appointed role as Federal Minister for Defect-Free Construction in Australia.

Of course – the Flammable Cladding issue won’t go away but I have an easy solution. 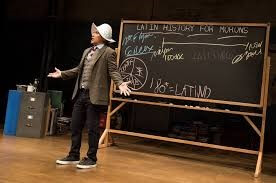 BoJo kept my end of Year 12 Latin thesis on Claddingtum Flammabilis which I completed when BoJo tried to teach me Latin at Timberbottom. I have made multiple copies of my Thesis – all in Latin – which I plan to distribute to everyone associated with the Building Industry in Australia. There is an associated fee for this once-in-a-lifetime Thesis (to cover my international Wordmarking/IP protection costs) and also a fee to have the Thesis translated into better-than-my-Latin – English.

I came back to hear of Inspector Mike’s Building Masters Inspections wallowing in continuing success– almost to the point where he has a monopoly over the Building and Pest Inspection industry.

Normally at Christmas time – Inspector Mike lets his guard down and rides his bike around the suburbs – dressed as Father Christmas – singing Christmas Carols but not this year. 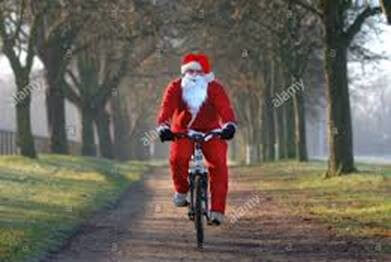 I hear he has bought a huge megaphone and instead of singing Christmas carols – he will be singing a ditty he has written all about how fabulous he is! Just imagine it – Inspector Mike dressed as Father Christmas – pedaling round on his bike telling us all how wonderful he is at finding building defects.

I did have to face one UltraCon Constructions dilemma, however, upon my return.

One of my colleagues had spent the morning finishing the construction of an UltraCon Constructions Versailles Dream Home shell. If you recall – we begin our sales pitch to our prospective clients offering them a shell and then negotiating the price up, up, up. Would you like floors, doors and windows with that?   $$$$$$$$$ 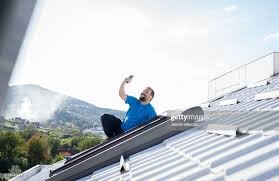 My colleague was so proud of the fact that he had erected the shell , swiftly, and that he had time to smell the roses – so he thought he would climb on top of the roof and take a selfie for his Instagram of him viewing the world from the top of an UltraCon Versailles Dream Home. His followers may well be conned into thinking he was in France.

From the roof top – my colleague noticed a house nearby that had serious damage to the roof due to painting of the roof tiles and a chimney that was leaning – dangerously.

He decided to be a good Samaritan and warn the occupant/owner of the house of the imminent damage and danger these two observations could present.

My colleague went to the address and knocked on the door and was greeted by a tirade of abuse after explaining his observations of the roof. He showed the lady his UltraCon Constructions identification, which is a card with my portrait picture on it and all my post-normals i.e. LoCo etc. but this was not enough to placate her.

The lady called the police and told me she was fed up with tradesmen like me and was going to make sure she was never ripped off again. She wanted me thrown in jail – without bail.

The long and short of this is –

There is a growing trend for unscrupulous tradesmen to knock on a front door and say they have been working close by and have noticed – per se – that there is serious damage to the roof of the house. They will give a brief – unintelligible description of the supposed ‘damage’ and then give a quote to fix it. If they detect hesitation – they cut the quote in half and say they will do the job for a lesser amount.

The owner of the house is usually is so upset about what they have just heard – they unreservedly give the tradesman carte blanche to do the work.

The typical scenario is – the tradesman will get onto the roof – deliberately cause damage and then tell the owner of the house what he has further discovered.

These tradesmen are skilled deception artists and most people part with their money – putting faith in the tradesman to do the best job for them.
Needless to say – these tradesmen are ruthless and highly skilled at separating people from their money and then disappearing leaving a trail of damage and despair behind them.

My message to these people is –‘should’ve gone to (not the famous spectacle shop) UltraCon Constructions!

Yours – most of the time