I returned from the UK a week ago – with the compliments of FlyMo (737 Boeing Business Jet). FlyMo – under normal circumstances – is for the singular use of our fearless Aussie leader ScoMo (Scott Morrison) making sure he travels the world swiftly and safely. 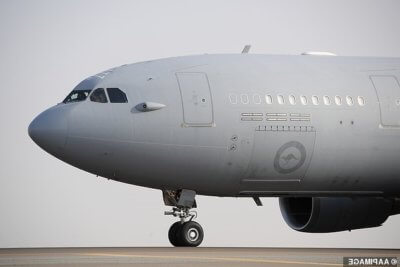 ScoMo considered it imperative that I return to Australia swiftly and safely so he availed me the use of FlyMo. If on-board savouries are anything to go by – Jetstar has a formidable adversary in FlyMo!

As you all know – I was beckoned to London by BoJo (UK PM Boris Johnson) to repay a favour he did for me during my school years at Timberbottom. BoJo, my then Latin teacher, would routinely give me excellent marks in my Latin exams which included my thesis on Claddingtum Flamabilis (flammable building cladding) so I owed him a favour – big time!

As he and I have now sorted Brexit, I am officially a member of the House of Lairds. 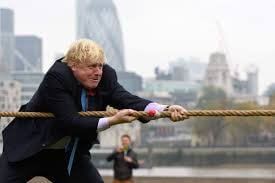 My maiden speech was mainly about how I created my defect-free building empire – UltraCon Constructions, but I also spoke about Mrs. Constantine and her recent appointment to the International Mille Feuille Association (thank goodness Mrs. Constantine has moved on from the Fruit Flan Society!!).

After a standing ovation – I was formally bestowed my parliamentary title – Lord Constantine or “LoCo” as I was nicknamed. BoJo and I now have another thing in common – we are both estranged from our brothers. BoJo lost JoJo’s support over Brexit, but BoJo insists that the rift will be healed because BoJo will blame Brexit on me and all will be forgotten!

My estranged brother George CEO/COE of Shark Infested Waters Inc – who remains in Her Majesty’s accommodation (not Buckingham Palace) for unpaid speeding fines. 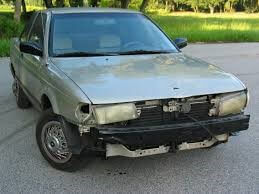 I will explain – previously my DriveBy Building Surveyors who are so good at their jobs they do their daily inspections at such great speed they are able to finish early and take their Rent-A-Rustbuckets for a leisurely drive to a favourite High Tea destination.

I had to ask/force/bribe George to accept these speeding fines because if I was apprehended and detained for unpaid speeding fines – Australia’s building industry would be in more strife than Pompeii was when Vesuvius erupted.

George copped the fines on my behalf, but for his trouble also got free accommodation with Her Maj! . . . I will definitely repay George one day. 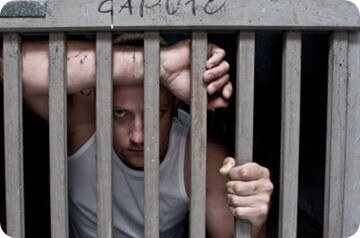 my attention to two major problems – Claddingtum Flamabilis (flammable cladding) and the stealthy rise of Inspector Mike’s increasingly successful negotiation service (choke/choke) which he calls “Property Acquisition Partners” or some such up-market name.

I just don’t know what all the fuss is about – My estranged brother (CEO and COE of Shark Infested Waters Inc) George’s idea of negotiation is “take it or leave it”. George sets his price and that is that. When asked about possible building defects – George says he “doesn’t know what his client is talking about” and cleverly and subtly invokes fear of loss in his potential clients – “if you don’t want it, someone else will!”

As you know – at UltraCon Constructions – we only negotiate upwards. It’s the ‘would you like beans with that’ principle. Our Dream Homes come as a defect-free shell so when the time comes to negotiate – we say “would you like floors, doors or windows with that?” Up, Up, Up!!!

However, Inspector Mike thinks he is much cleverer than us.

Inspector Mike does the Building and Pest Inspection and lists the defects in a comprehensive Report in which the cost of repairs is also stated.

If the client still wishes to pursue the purchase of the property – Inspector Mike will re-negotiate – with the vendor – through the Real Estate Agent – for his client to buy the property at the right price which reflects the findings of the Report and the cost of the repairs. 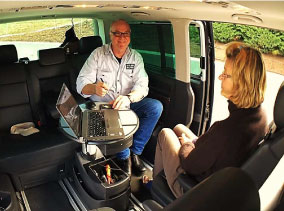 Real Estate Agents did not learn how to avert the gaze of Inspector Mike during the ‘Blind Eye’ course which the Agents are required to complete before getting their formal registration.

Those who complete and pass the ‘Blind Eye’ course are experts at ignoring and turning a blind eye to all aspects of buying and selling property including both the Truth and all Building Defects – with their eye wholly and solely on their Commission Cheque.

All I have to say is – ‘Should ‘ave gone to (no – not the famous spectacle shop!!!) – UltraCon Constructions!

I am still awaiting news of my Pulitzer Prize nomination. Bojo always has inside info on most things – apart from Brexit – and he says it is looking pretty good for me.

In the meantime – I have ahead of me the job of making the Australian Building Industry defect free before the end of the year. ScoMo is going to withdraw my further use of FlyMo until my job is complete!!!!! Idle threats – I think – from our fearless leader.

When Australia’s building industry is completely defect free – the electorate will be so grateful to ScoMo that he will be guaranteed re-election after re-election.

Meanwhile – I will be travelling the world – courtesy of ScoMo and FlyMo and being known as Con Constantine “LoCo” CA (Lord Constantine – Con Artist) aca Loco Con Artist!!!!!!

I remain your aristocratic – Con